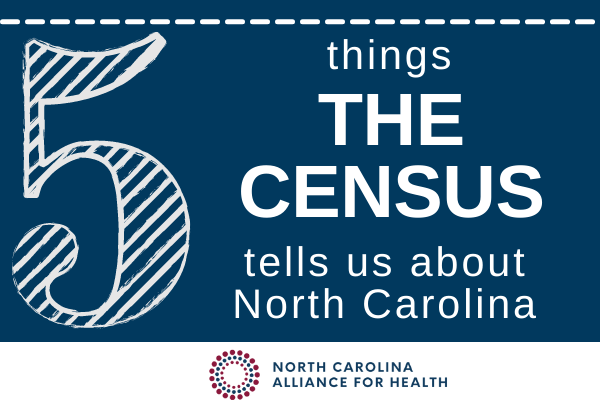 5 Things the Census Tells Us About NC

What about education, income, employment, and age? We’ll get more of that information incoming months, and we’ll update you again then. Why does that information matter? Social determinants of health. Take a look back at our posts from earlier this year!